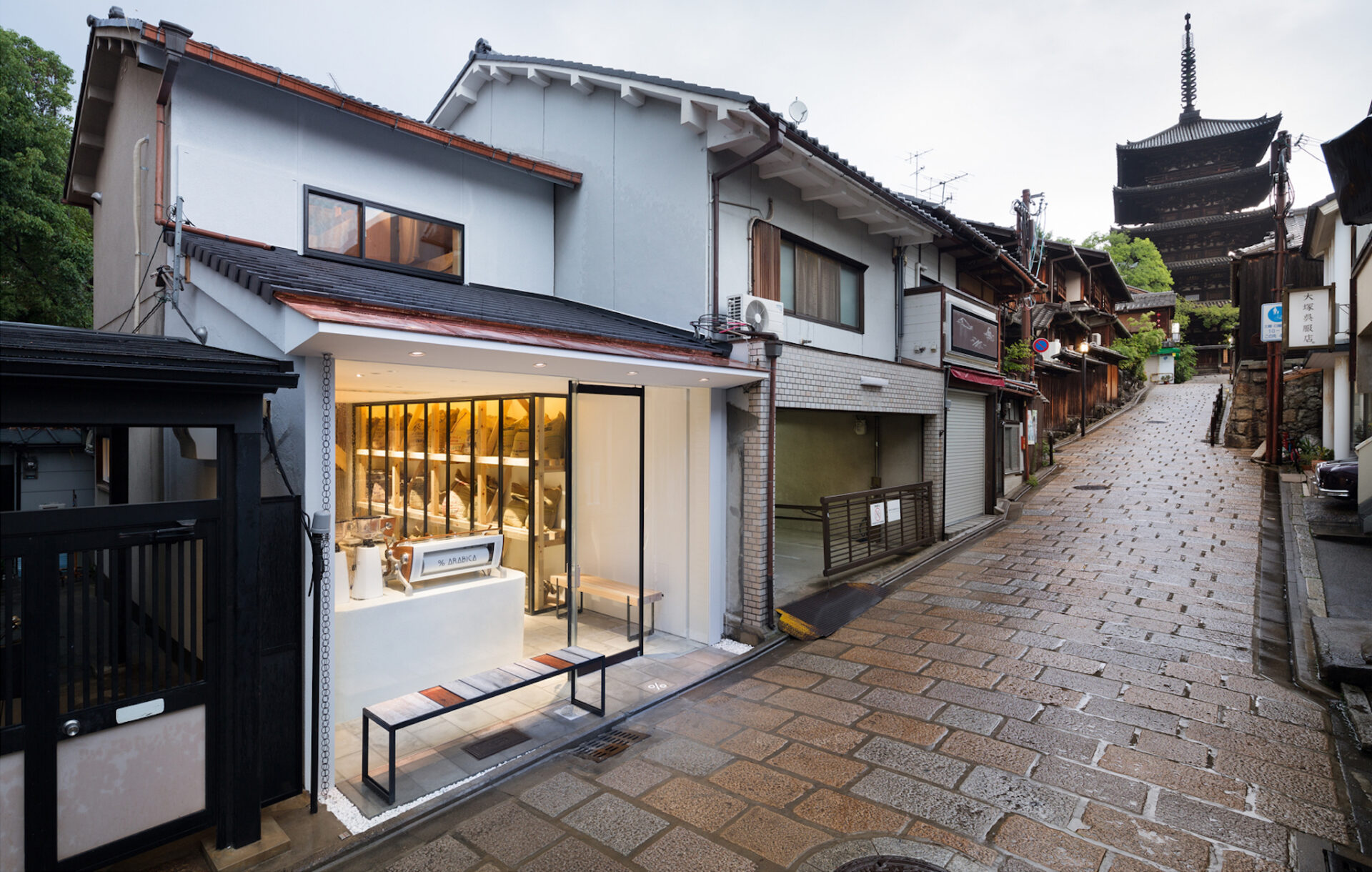 When % Arabica’s owner, Kenneth, decided to open a flagship store in Kyoto, he felt compelled to find a local head barista to respect the timeless traditions of Japan’s ancient capital.  It wasn’t long before he discovered 2014 Latte Art World Champion “Junichi Yamaguchi” on Facebook, and later spent a year convincing him to join him in building the brand.  When Junichi finally agreed, Kenneth asked where the flagship location should be.  Without hesitation Junichi immediately replied, ”Higashiyama!”

Higashiyama is a special place where past, present, and future blend into one.  It is one of the city’s best preserved historic districts, where narrow lanes, wooden buildings and traditional merchant shops invoke a feeling of the old capital city.  No matter the time, travellers are able to see beautiful Maiko-san strolling around elegantly, or take a rickshaw ride down the cool stone-paved streets.

Our flagship store is located on Yasaka Street, the road that leads to the symbol of Higashiyama, Yasaka Pagoda, which was built more than 500 years ago in 1440.