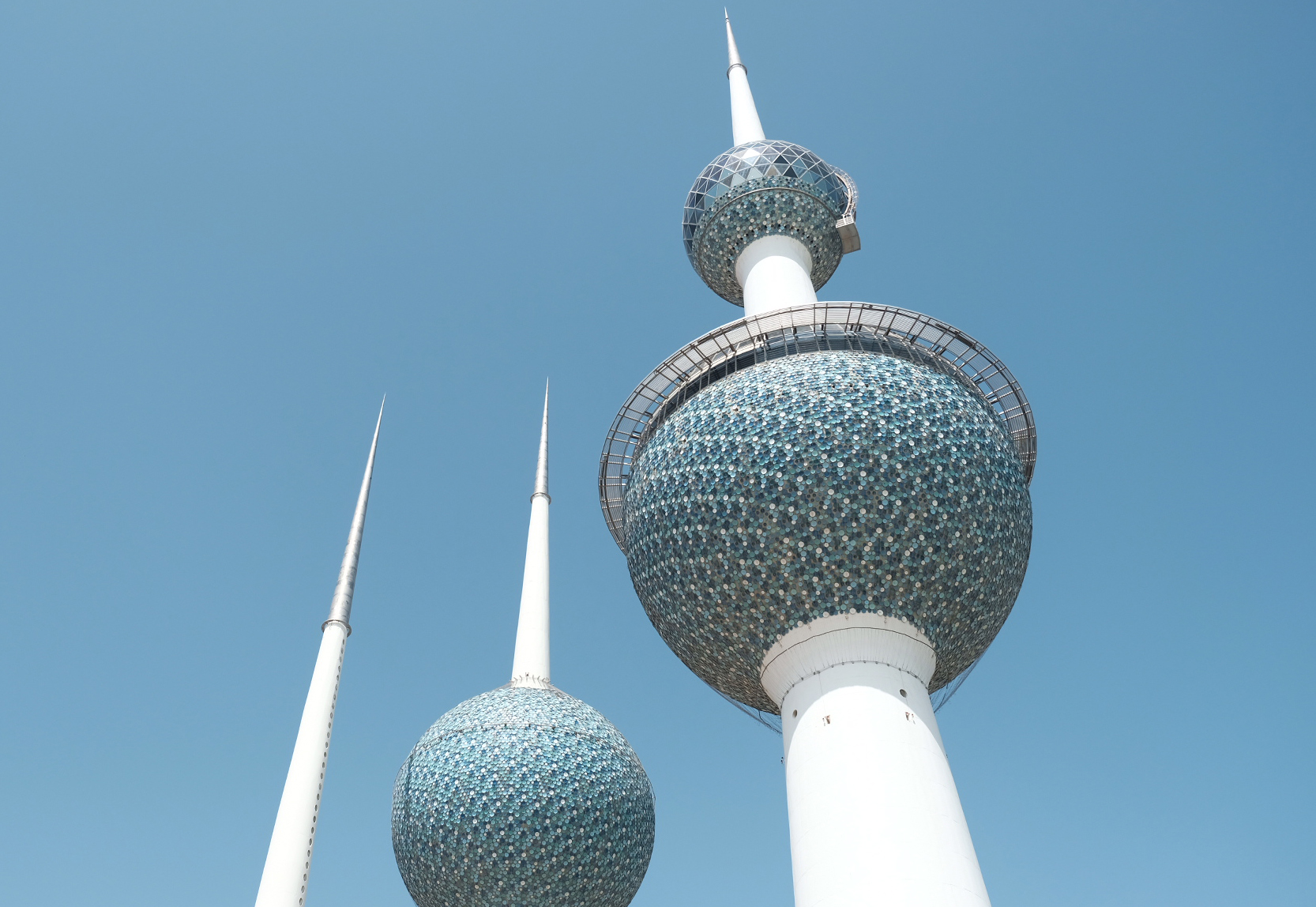 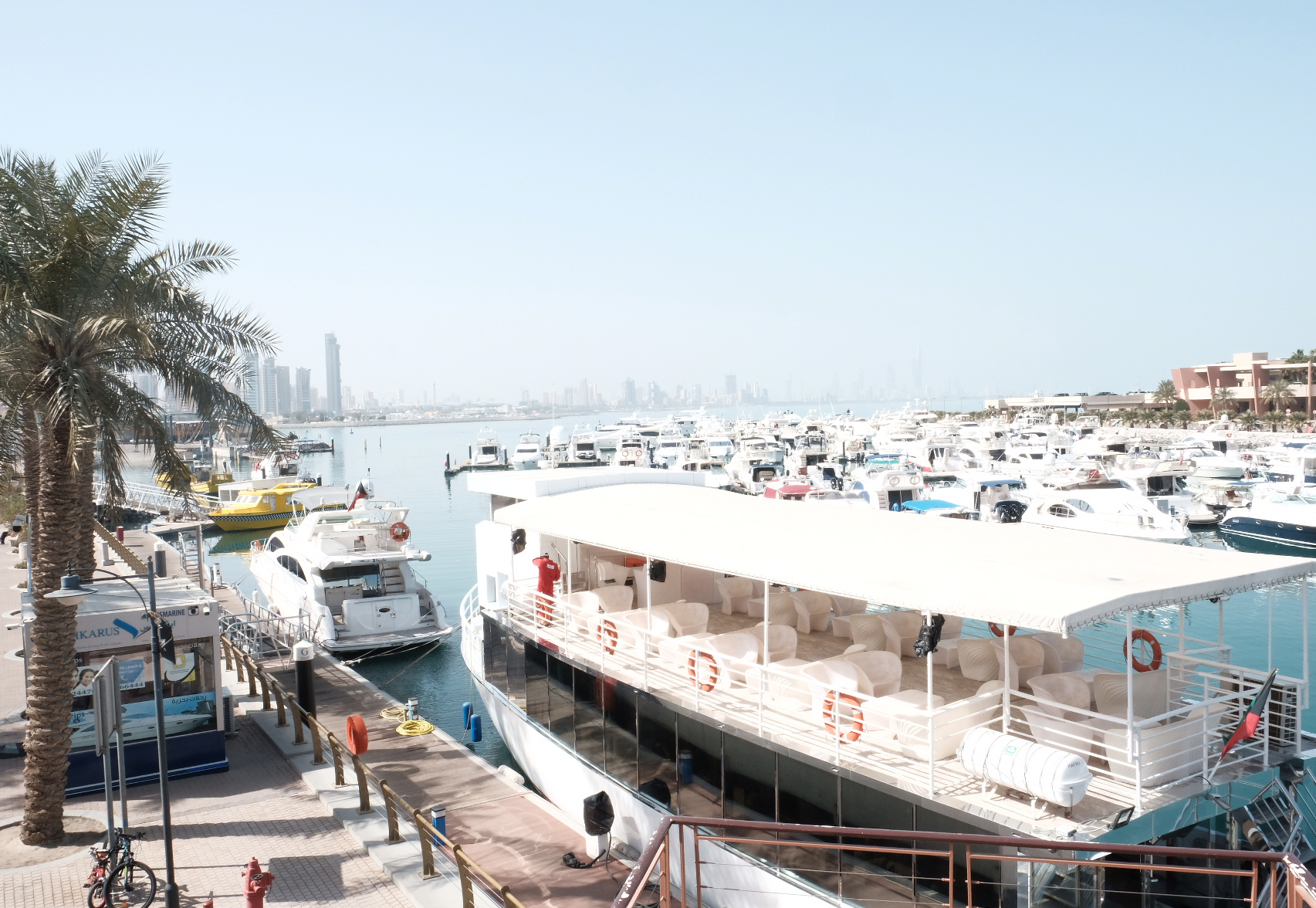 What were your thoughts/expectations traveling to Kuwait?

I’ve never been to the Middle East, nor did I ever imagine myself going Kuwait on my own accord, so I didn’t have many preconceptions regarding the place.  Growing up in the United States, most of what you’re told regarding the Middle East isn’t always positive,  but I’d heard the food was fantastic and the people were warm and welcoming.  Mostly, I was excited to travel somewhere completely different from anywhere I’d been before.

To what other countries have you been?

Honestly, while I’ve seen most of the States, the first time I’d traveled internationally was when I came to Japan to start working for % Arabica Kyoto.  I have dreams to see the rest of the world, but I’m in no rush, and I can’t seem to get enough of Japan.

What was your first impression of Kuwait?

First, this huge (and wonderfully kind) Arab man named Ibrahim barreled us through customs at light speed, shoving us though crowds of people and getting us out of there right quick.  Second, we drove to the new Roastery, and I thought I was going to die because the roads are so crazy and everyone drives like they left a pie in the oven and their house is on fire.  Third, we had dinner at the local market, and after we were full off of the first round food, our host said that there were three more courses coming.  It was a whirlwind, and I thought Kuwait was crazy fun.

Did you discover any favorite typical local dishes?

I was working quite often, so there wasn’t too much time to go out and explore local food options on my own.  However, there was this Indian place close to the staff accommodation, and after a long day’s work we would always head there for a late-night feast.  It was there I discovered the life-changing chapati experience.  Seriously, it was known as the best chapati in Kuwait, and it changed my life.  Chapati is this flatbread that’s kind of like a tortilla, but with the power to warp time and space when it’s served with killer masala curry.  Occasionally, we would also swap our cha-parties for shawarma parties, which was never a bad choice.  And last but not least, sometimes on the way to work, whoever was driving me that day would sometimes stop for falafel, kebabs, or Arabic breads covered in za’atar.  Those were my favorite days.

So, you liked the food in Kuwait?

Food in Kuwait is always indulgent and served in ridiculously awesome proportions.  If you ever want to get completely wasted on amazing food, go to Kuwait.

How has Kuwait taken you by surprise?

Kuwait as a whole took me by surprise.  It kind of just felt like America (there were a lot of cultural similarities) with the attitude of the GCC, but had influences of a deeper culture despite being a relatively new country of about 60 years.  Coming from Japan, I was definitely used to a more reserved culture, and the directness of the Kuwaiti people took me by surprise for sure.  It was definitely hard to get used to.

In what ways are people conservative in Kuwait?

While Kuwait is honestly a very modern country, they hold a lot of values regarding interactions between different genders that are still very confusing to me.  Girls and boys don’t ever really hang out in public, let alone go to each others’ houses.  Honestly, it’s against the law.  When I talked to some of the Kuwaiti interns at % Arabica (who were all around my age), they seemed to hold a relatively egalitarian perspective on the matter, yet still thought that skipping straight from phone dating to marriage wasn’t all that strange.

Dress wise, most people dress conservatively, and headscarves, burqas, and traditional Kuwaiti menswear were all common.  However, on weekend nights at places like the % Roastery (where all of the young go to hang out at night, as alcohol is forbidden and there are no bars), young adults and teenagers get super decked out and show up in their Ferraris and BMW’s just to drink coffee, smoke, and sit around and look at each other.  On those nights you’ll see skirts and low-cut shirts, but only then, really.

Did you ever feel somewhat oppressed as a woman in the Middle East?

I felt it sometimes, yes.  I was told often not to walk or take taxis alone at night, and even during the day when I chose to walk around (which is difficult being that everyone prefers driving in Kuwait and it’s nearly unwalkable) I would get honked and hollered at.  Part of that is because I look the part of a Western woman, who are sometimes known in the Middle East as being floozies.  However, while I wouldn’t wear a short skirt in public, overall everyone was very kind to me despite what I looked like, and I never felt like I was endangered because I was a woman.

Again, coming from a reserved, group-mentality culture like that of Japan, it was a big change coming to Kuwait.  The people there aren’t necessarily considerate, and will tell you directly when they don’t like something.  However, it was refreshing, in a way.  The people of Kuwait are honest, confident, and can be extremely warm and easy to talk to.  It was also hard not being able to walk everywhere I need to go, like in Japan―in Kuwait you get around by car, or you find yourself climbing through construction sights and jumping fences, which I had to do occasionally when I made the poor decision of trying to walk somewhere.

Biggest takeway from the trip?

The biggest takeaway was definitely the bonds I made with all of my coworkers.  The baristas in Kuwait are some of the best people I’ve ever had the pleasure of meeting.  In Kuwait, all of the baristas are Kenyan, South African, Filipino, or Indonesian (and one Indian), and the mixing of cultures makes for such a vibrant work atmosphere.  Working was always fun and closing time was always a borderline dance party; I felt at home so quickly with the staff in Kuwait, and I can’t wait until I get to see everyone again and have another cha-party.  They also took the time to teach me bits and pieces of their languages and tell me about their respective home countries, and now I’m just excited to travel and experience what they’ve all grown up in.

What have you learnt about yourself?

I’ve learned that I love building bridges, and I love meeting new people.  Connections between people and those we love are the most precious things we have, and they deserve to be made and taken care of.  On top of that, I’ve learned that nothing brings you closer to others than sharing a meal together.  My new resolution is to eat less food alone, and share more food with the people I love over good conversation.